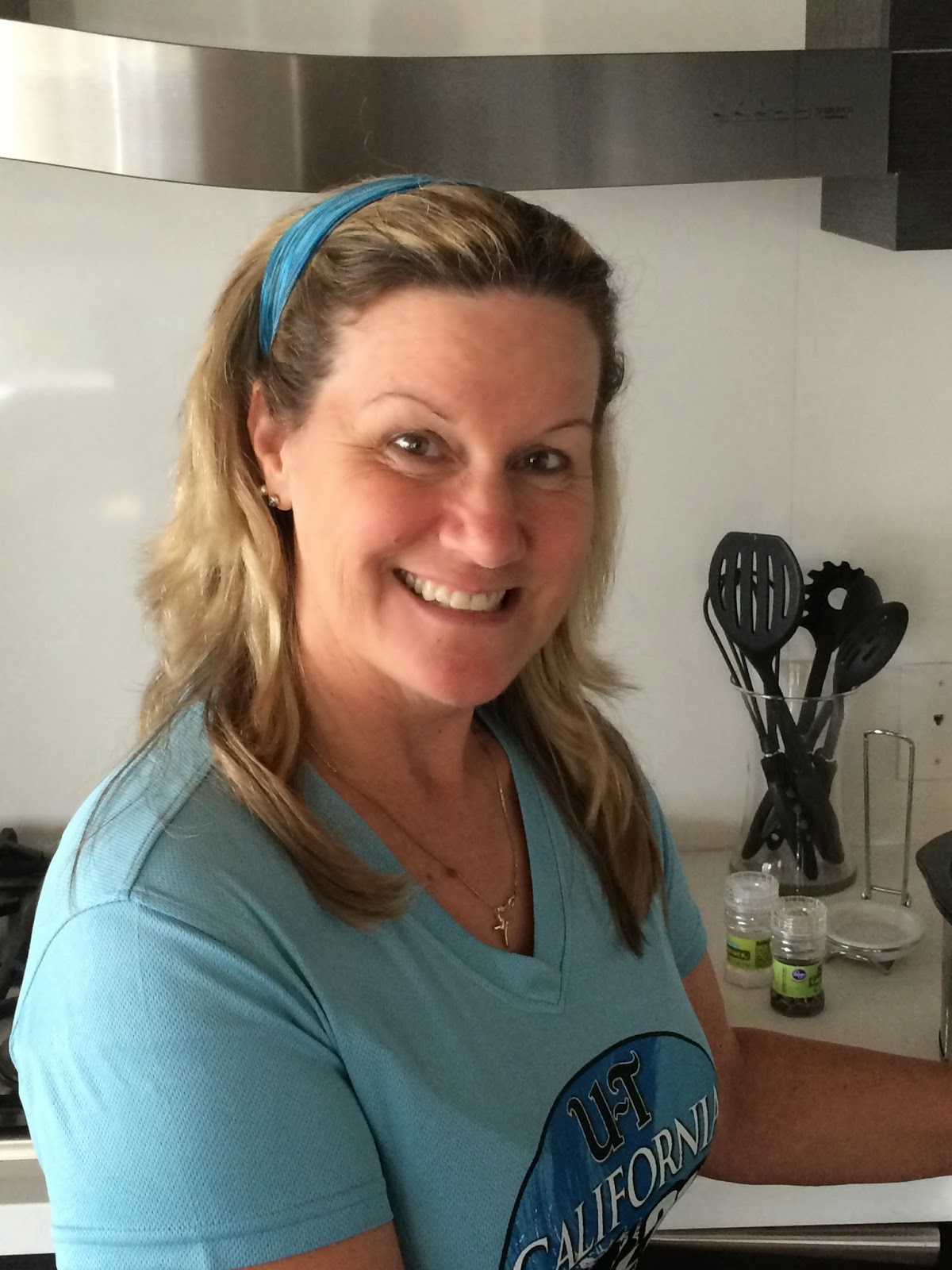 I'm spending a week in San Diego ahead of my new job. I'll be staying with my dad and step-mom, then my step-sister, then my grandparents. I emailed each household asking them to teach me a recipe one night and give me general cooking tips. The first cooking adventure was tonight, as I helped my step-mom, Pam, make pulled pork in a crock pot.

But before we could get started, we were in for a busy day. We left the house at 5:45 a.m. because Dad and Pam's friend from work were running a 10-mile race along the coast near Del Mar. They were both troopers, finishing in around 1:30. Pam sat out with a leg injury, and I sat out with general laziness and inability to run for that long. It's the first time I've seen a marathon-esque event in person, and it looks pretty fun. It might inspire me to train for one in the future (maybe even come down next year for the same event). 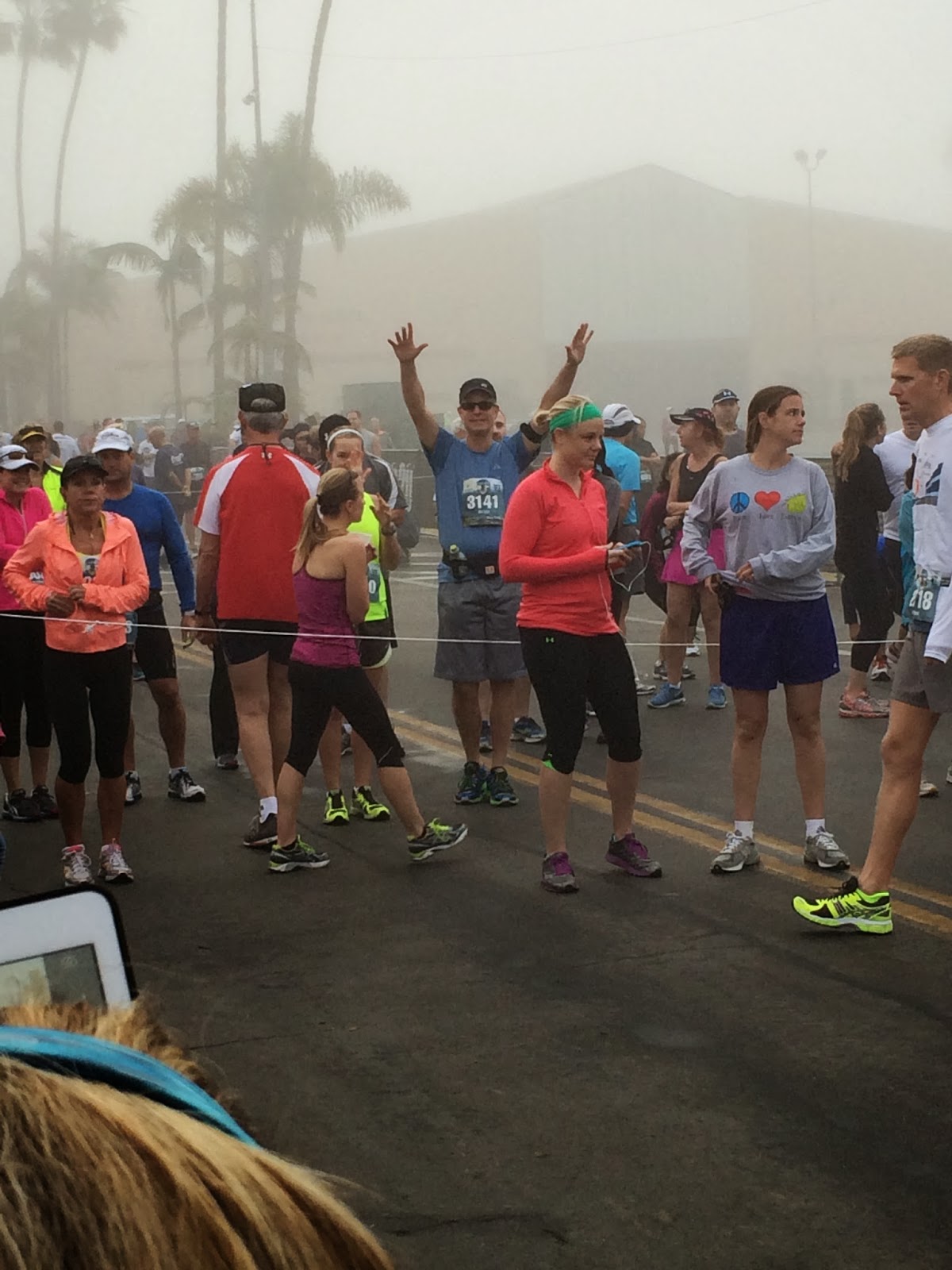 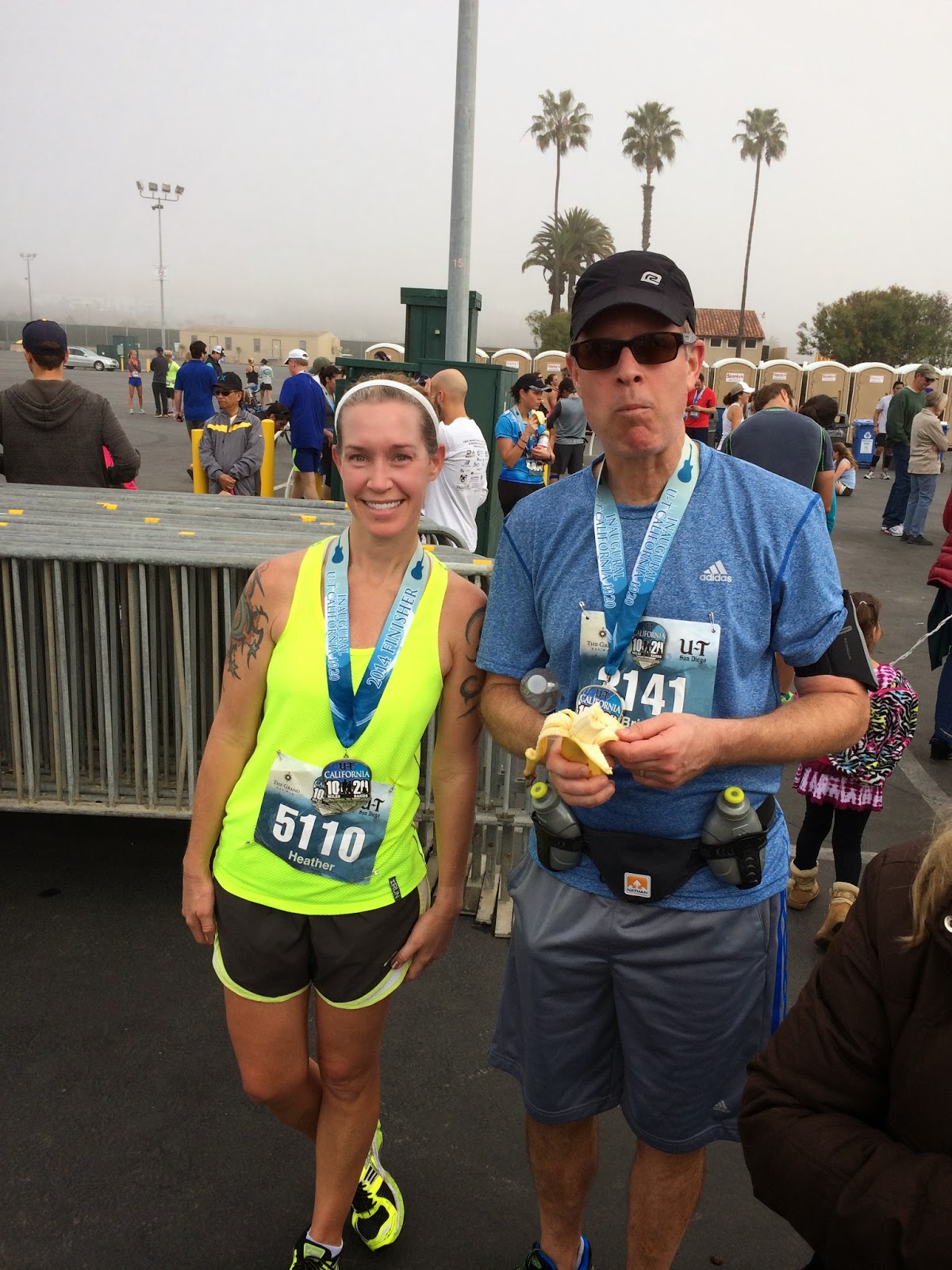 Anyways, Pam's leg has been bugging her for about a week, so we had a quick trip to the hospital to get it checked out. The doctors say she should be fine in a few weeks. With that, if was off to the kitchen.

Pam and I have a similar sense of humor. There were a lot of quips are where the pork is actually pulled from (with some crude suggestions). She's also one of my favorite cooks; I made her chicken divan recently, and I've always been amazed at the skill she's shown whipping up a huge Thanksgiving / Christmas dinner. 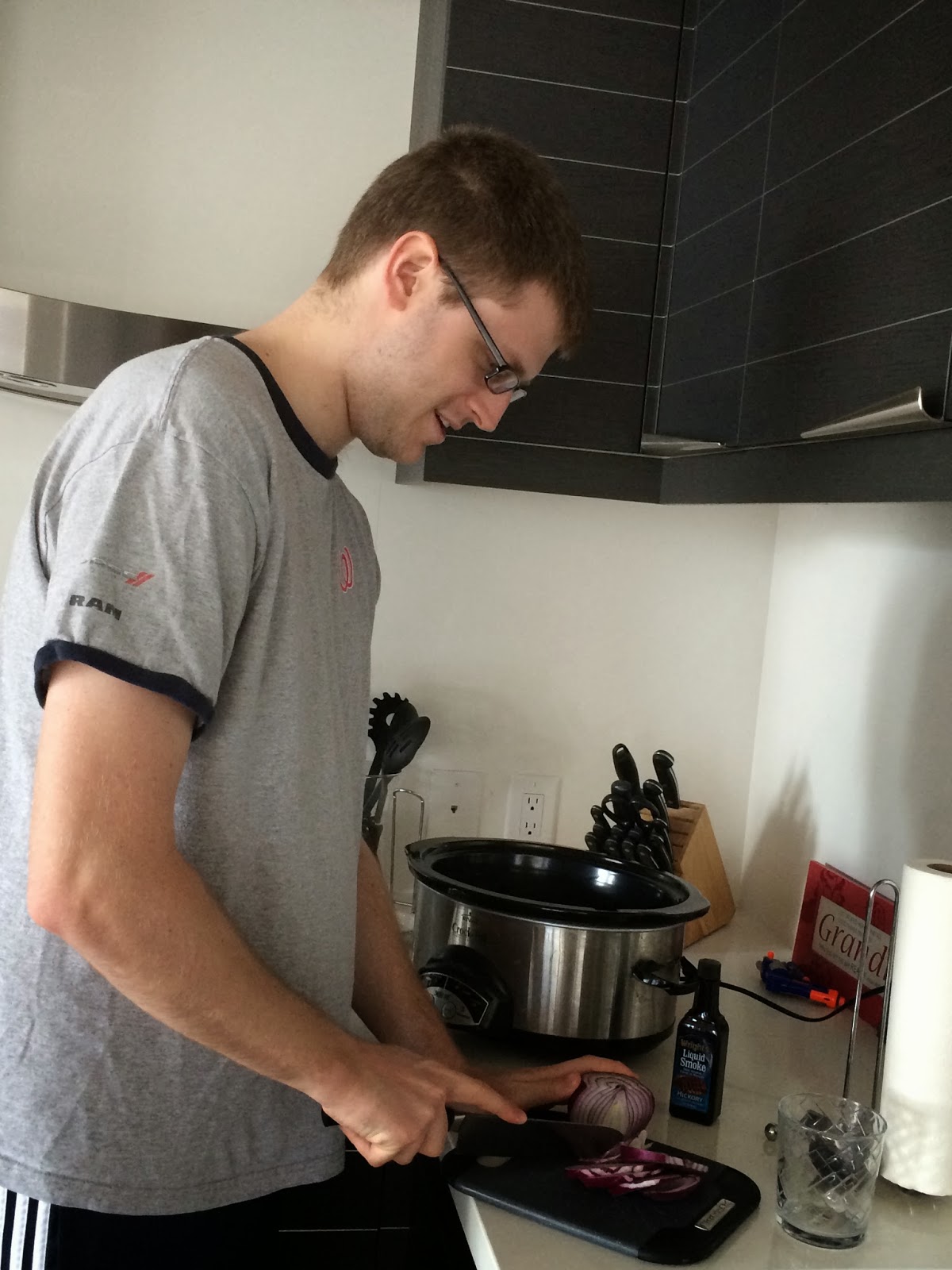 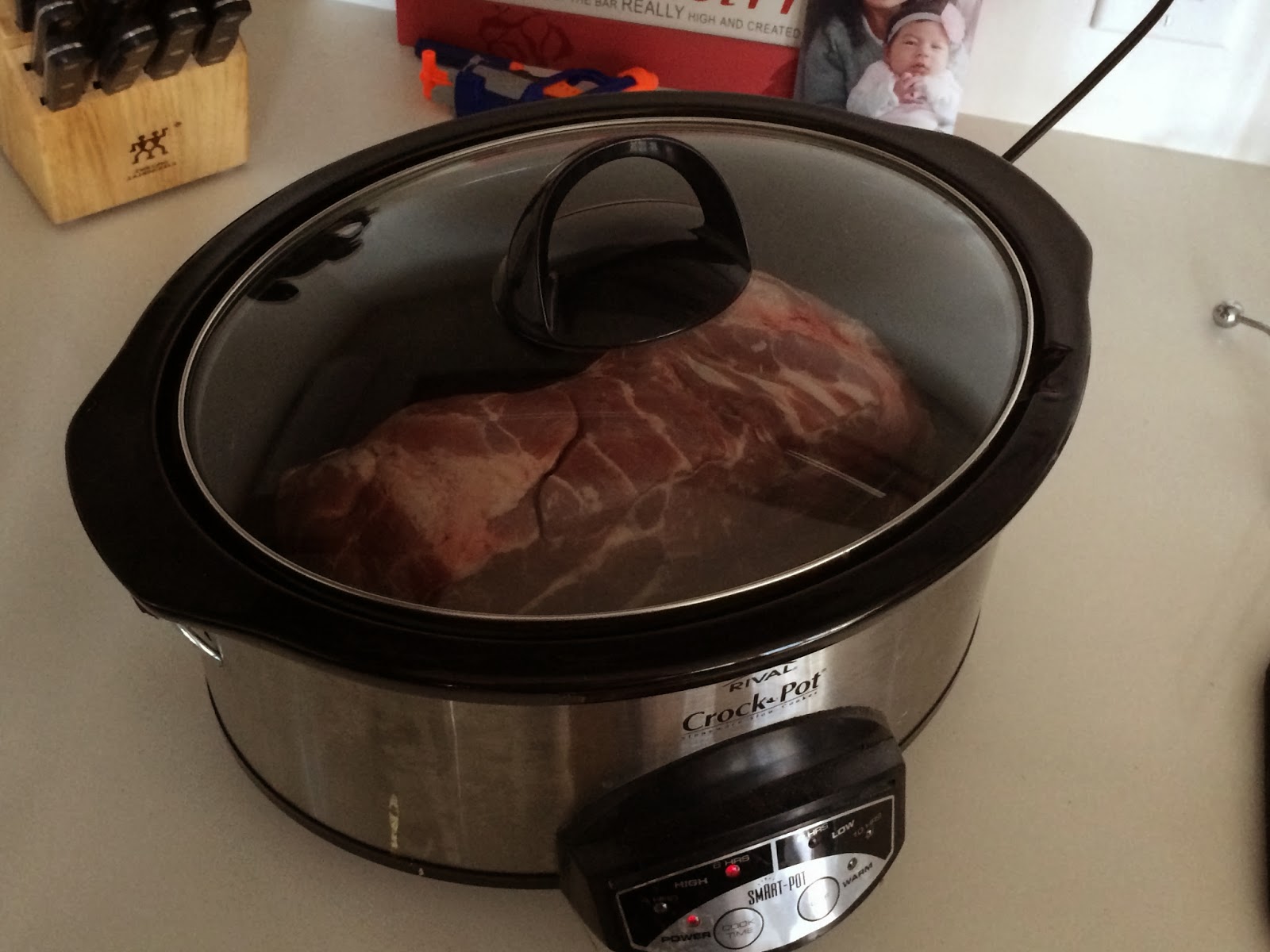 The base of the recipe is pretty simple: just some water, this thing called "liquid smoke," a sliced onion, and some pork shoulder / Boston butt. Which of course lead to: "Why does it say shoulder and Boston butt on the label? Well, which is it, the shoulder or the butt?" Since we had less time than normal for crock potting due to the race and hospital, we cooked it on high for 3-4 hours.

When the meat was nearly done, we took it out from the crock pot and drained most of the remaining liquid (keeping the onion slices and stray pieces of meat). Then began the pulling, in which we shredded the pork and made sure to remove all of the fat along the way. This was the most time-consuming part, and sort of hard to do because the pork was hot and I was either burning my fingers or futility trying to remove the fat just using a fork. Then it was throw the shredded meat back in, squirt in amble amounts of barbecue sauce, cook for a little longer, serve on some buns, and you're ready to go. It was a delicious meal, and honestly a lot less work than I would have thought! It would have never occurred to me to cook such a thing, as I have been so limited to stove top.

A few things I learned: 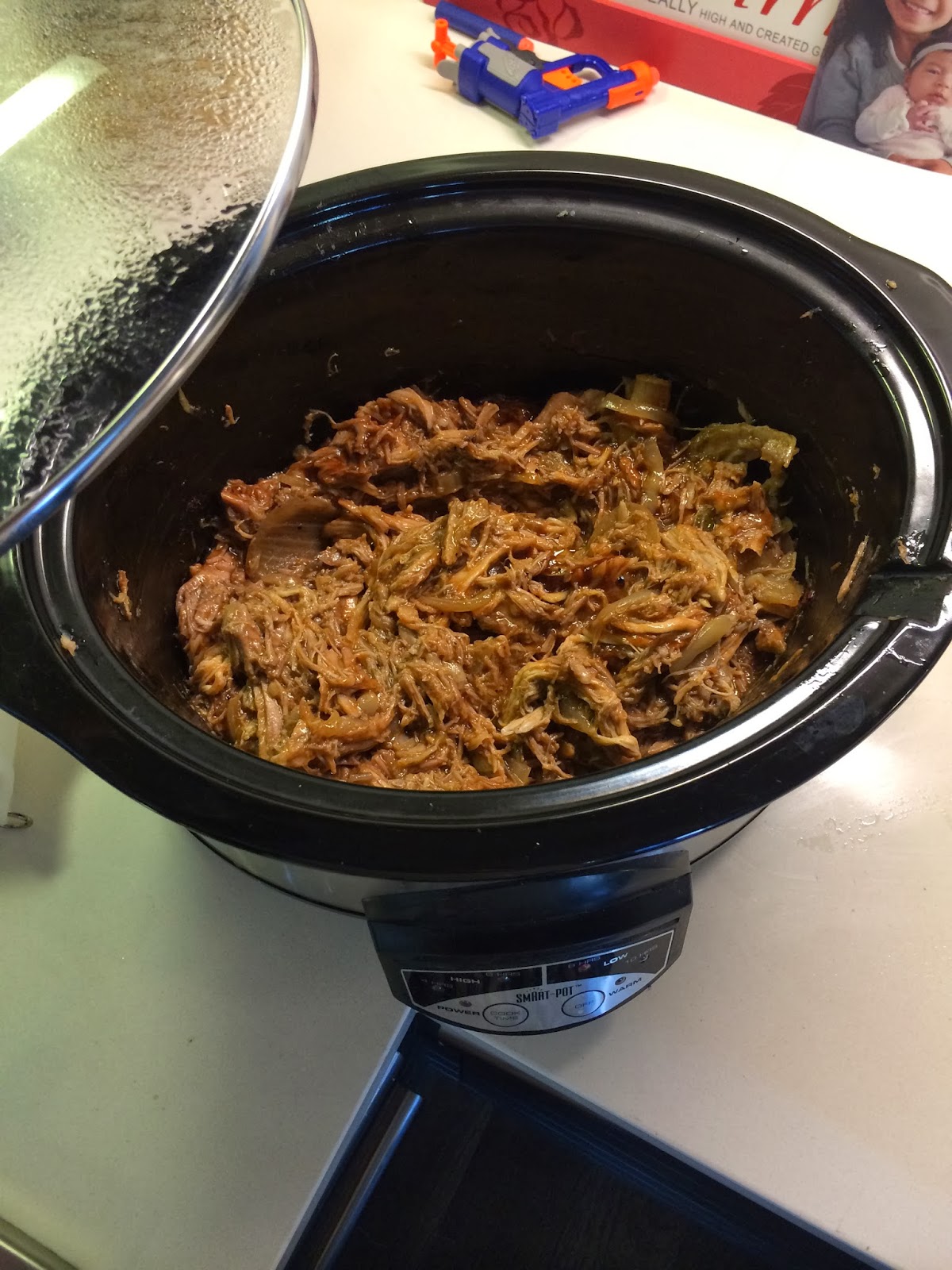 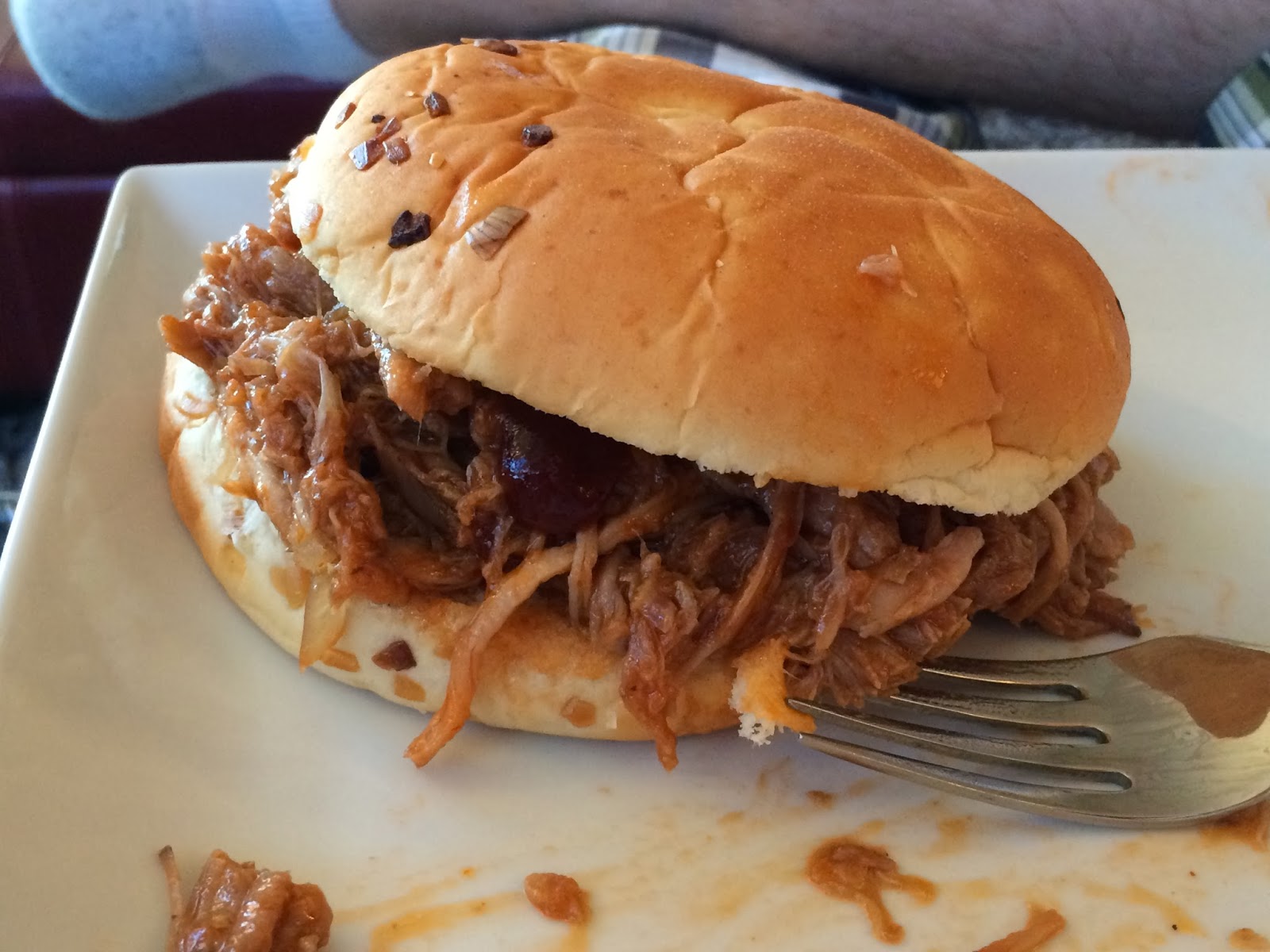 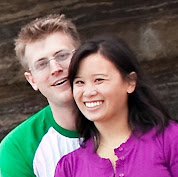